The last thing Tania needed was someone else telling her what to do. Her mother did enough of that! But during a school trip to the museum she somehow finds herself acquiring a very bossy teddy-bear called Edward. Created to serve as a bodyguard for Li-otho, a young, alien princess, Edward had only recently escaped from the stasis bubble he been sealed into centuries before.

With the arrival of the holidays Tania, and Edward, and her friends Mark and Windracer join Tania's Mom on Veral Station. But the Station is a wreck, and her Mom quickly accepts an offer from the manager of the 5-star hotel on Veral Prime to put the children up for a week. The hotel, occupies a small section of the planet's sole remaining arcology, a massive, pyramid-shaped, self-contained city. The arcology is all that remains of a planet-wide civilization that destroyed itself in a war centuries before. On their arrival at the hotel Edward is shocked to discover that Veral Prime is his former home, and that it was his failure to protect Li-otho that resulted in the war which destroyed its civilization.

When the archaeologists at the hotel accidentally activate a temporal warp generator the children, and Edward, are thrown backwards through time. With Edward's power reserves dangerously low, the three children must struggle to reach the generator and turn it off before it destroys the planet. 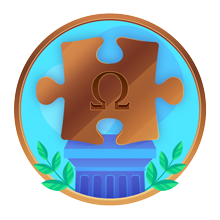